It does no harm just this once, today we talk about gossips. The smell of blood must have drawn Dana DeArmond to the scene. There she goes with another smack. Nice determination to emphasize on Sasha Grey’s supposed opportunism: the presence of photographers in school, the news being immediately published on TMZ, etc… Dana also mentions the fact that porn actresses, when involved in traditional movies, usually play hookers (or similar roles), well, Sasha’s embryonic career won’t prove Dana’s point wrong. To go back to our twitter adventure, the conclusion is a nice virtual asslicking (in the noble sense of the word) session with Dana and Belladonna saying nice things to each other. 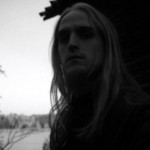