Can you introduce us to “altporn4u”? You often use the word “community” to refer to AltPorn4U, what does this word mean to you?

When and how did the idea of Altporn4u come about? How has it evolved over time? How do you look back on all these years of work?

But the community project was very powerful and with a lot of momentum, in fact it was more and more successful both with Creators who joined and with users, creating a very interesting community. So I hope that in the future I can find the right people and resume the project.

The idea of ethics is subjective for everyone, it is doing something that you are convinced is correct. We believe that abiding by the following points is the correct way to work in porn:
– Diversity and feminism (body shapes, gender identities, ages (+18), ethnic groups…)
– All performers’ pleasure matters
– Before the shoot, performers can choose who their sexual partners are, talk about their sexual tastes, they agree on sexual practices to be performed
– Performers can choose if they want to use a condom or not, providing up-to-date STD tests
– Making content that one can be proud of
– Fair payments in all areas. By promoting content sharing, the performers generate long-term benefits
– Every Director or Studio we feature is licensed or paid by commission from the sale of their content
– High quality content, both emotionally and technically

You can also check out more of our values in our manifesto.

I have always thought about my films as feminist ones and I have never had to say it out loud. But a few years ago, it started to seem like your content wasn’t feminist if you did not put the feminist label on it. I’m kind of kidding, but it’s the truth.

We have always thought about the pleasure of all kinds of people and about simply showing the pleasure of the performers, both women and men, without judging and without trying to abide by standards. Obviously, if we had found something negative or hurtful in an AltPorn4U Film, we would have rejected it.

How can we deconstruct stereotypes related to sexuality? In particular, is the issue of consent discussed when you prepare shoots and select videos? Do you pay special attention to showing different kinds of bodies?

The first time I saw your work, the word that came to me was “punk”. I think that your productions arer a little bit in the spirit of “Tank Girl” comics. Would that be a good qualifier? Is it something that you wanted to do?

We love to experiment with all kinds of aesthetics. Our first jobs were with Alica Tank, who is probably the first alternative porn actress in Spain. She and her partner do live by punk ideas. It has been wonderful to work with people who share their concerns and fantasies with you. Alicia in particular liked the character of Tank Girl and most of the photographs and scenes made with her have a certain aesthetic influenced by the comics. And this is just one example of our way of working. We always immerse ourselves in all the ideas that the performers offer and everything they can teach us.

I’ve loved shooting scenes with bisexual men for years. I’m in touch with several new performers who want to start, hopefully I can finally shoot these scenes soon. I don’t have any special aesthetics in mind until we all talk and put ideas in common, this is how we work, always hand in hand with the performers.

The other thing that stands out when watching some of your videos are the smiles, the joy of the actors. Is it a will to show people having fun?

Yes, when I record sex in its purest form, I love seeing and showing that people are having fun. When I shoot a fantasy, a more theatrical scene, then we get more serious. But I always like to add extra bloopers at the end of the scene where we can see laughs and anecdotes from the filming.

Some videos on the site use VR, is it a technology you believe in?

We used this technology in the past when altporn4u was a creator platform, we are not currently using it. But I would love to try to give it a twist and experiment, we surely can do many interesting things and not only POVs

I have not noticed any change in the visits to my website. Nor did I notice anything different when I had the accounts, I firmly believe that it is a false belief that they advertise you. They do not.

In addition to Altporn4U, you also manage the company European Muses. Can you explain what this job is about?

What do you consider your main job today? Producer? Director? Broadcaster?

I have also thought about working on other things related to nutrition, veganism and zero waste. I’m very much in favor of consumer awareness, at the end of the day we are the ones with the power in our economy.

You can find AltPorn4U movies on ManyVids, or PinkLabel.tv 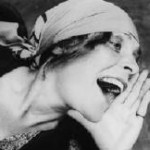