What made you decide to work for the adult film industry?

You’ve been a dancer for many years: how does it influence the way you act, the way you move in front of a camera?

I should state for the matter of the question, that I was a performance artist first before taking on dance classes/movement work, so I would see it as not a long career. That aside, movement for me is important, but it somehow presents itself in different way. I believe there are really amazing parallels between dance and pornography, which sometimes border on the intuitive. For example, when the chemistry of both performers is working well with each other and there is a connection, it feels as if that becomes a dance in itself; sometimes chaotic, and sometimes free flowing. This is beautiful and one thing I would love to explore further.

Most definitely. And as I mentioned, the two can definitely be combined. An example being David Bloom’s Sonata and Quintet.

Among your many interests, I’ve heard that you are interested in the occult, witches and all things Wicca. Can you tell me more about it? Where does it come from?

My interest in the occult came as a way to understand the world out of the christian ideals that I had been raised into. I felt lost after I realised that I was not a straight person and the church also did not give me the impression that I could be myself and still be connected to their ideal of a divinity. I also felt very connected to the moon cycles and the way the earth goes through it’s seasons and how that affects the body. I also like the ideologies of Pantheons and how certain saints or divinities and patrons or guardians of different worldly aspects, such as dance, luxury, the elements, sorcery and so on.
I have also an interest in the tarot and dream work, as well as sex magic.

Dance and sex are both used for some occult rituals. Do you think that there is a link between all of this in your passions?

It would be very difficult to not be aware of the link between all three in regards to the work I’ve done and what I would like to do. I love the idea of ritual as a meditative practice and also how dance can be seen as a form of a ritual and a meditation. I think sex is the same.

We can find this aestheticism in many collaborations you did, for Vesperal, Four Chambers… Is it important for you to work with people who share the same interest in arts as you do?

It certainly is helpful, but it’s not always necessary. I love the work of Four Chambers and their relationship to nature and religion and how that can be intrinsically tied to sexuality. Plus they are usually very open for other inputs we may have from our side (that is, the performers side). With Vesperal too, the link between the occult and sexuality and their narratives through imagery and performer connection, is something that inspires me as well.

You’re one of many performers who got censured by Instagram. How did you react to that? Can you explain the impact it can have on your career?

It’s demoralising when you get deleted or censured by social media, especially by Instagram. A few times I had been deleted, it had been because someone had gone out of their way to report me and that sucked. The first time it happened, it feel like I was empty and directionless. These days I try not to put a lot of myself on Instagram. I believe I’m quite privileged, because of the career I have. I am now a point where I feel I don’t need to rely on it so much for visibility. However, the fact that sex workers and BPOC and  queer people can get silenced because their views are not in line with a mainstream perception of identity needs to be addressed, as we need to be visible. There needs to be support out there for us, so we don’t feel alone.

When we talked with Bertoulle Beaurebec, she told us that you were her « dream partner » for a sex scene. You both share an interest in dancing and in the occult. How was it to work with her?

Bertoulle is one of the most intelligent, inspiring and beautiful people l ever got to work with. I have the biggest soft spot for her. And it helped that there was a mutual attraction to each other, as well as common themes we share together. It was a pleasure to work with her twice and I consider her a dear friend.

Is there any performer / director that you want to work with?

I am very lucky to have worked with amazing performers and directors, so I don’t have a strong wish list of people these days. I do love the work of Antonio Da Silva. Also some American studios, such as Kink or Evil angel. Plus I would never turn down the chance to work with François Sagat.

What are you next projects?

There are a few films I have coming up, with Noel Alejandro and Paulita Pappel. I’m also part of a new collaboration based in Berlin called Overmorrow, which is from the Bad Bruises Crew. And then, hopefully having the chance to create/direct something myself! 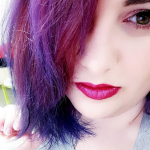